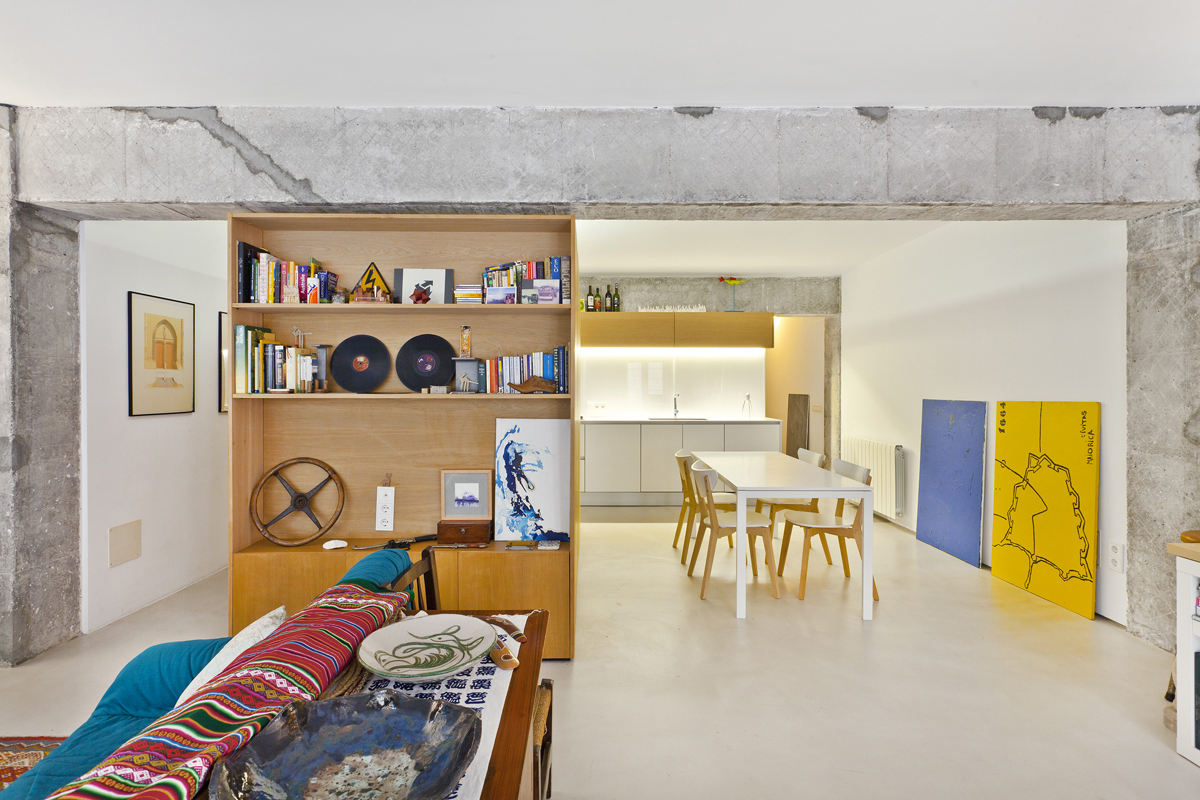 The refurbishment of the apartment which had been abandoned for several years was driven by the need for a gut renovation due to its deterioration over time. The renovation had explicit economic restrictions. The building in which the apartment is located was originally built in the 60’s and is located in an historic zone of Palma city. The main structure is reinforced concrete, inclusive of large supporting beams, which play an implicit visual role that the project exploits as an organization system for the minimally reconfigured space. The original concrete of the columns and beams is exposed in all the rooms, exposing old written notes inscribed by the builders during the original construction. 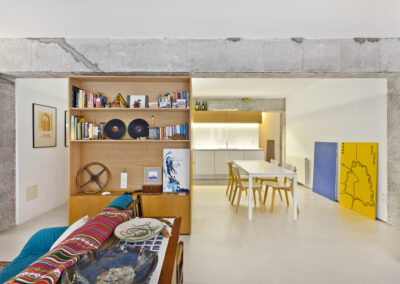 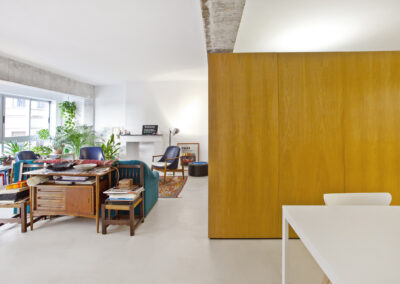 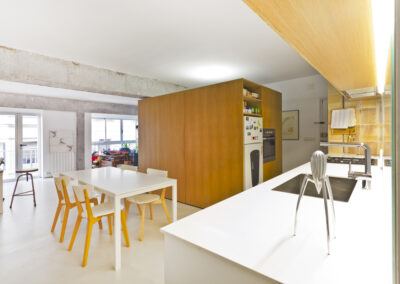 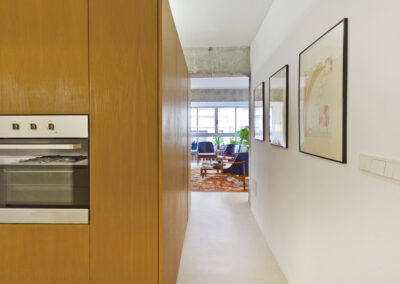 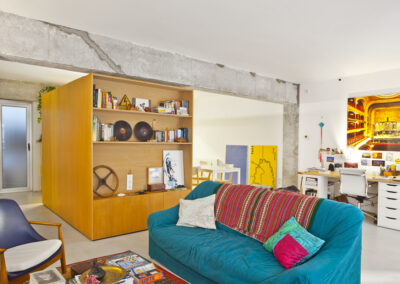 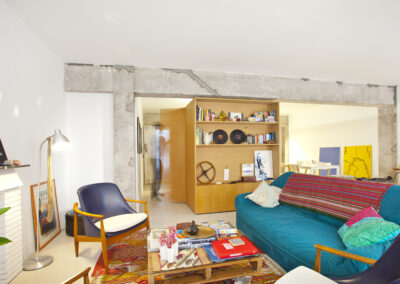 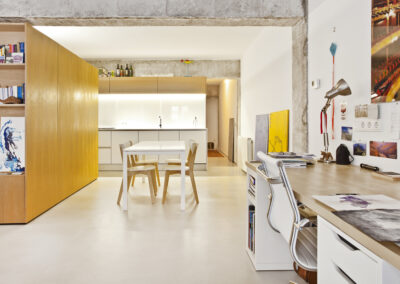 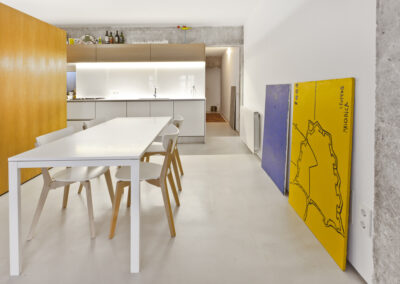 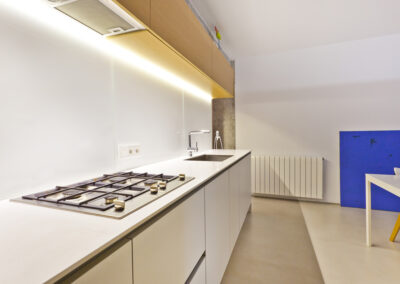 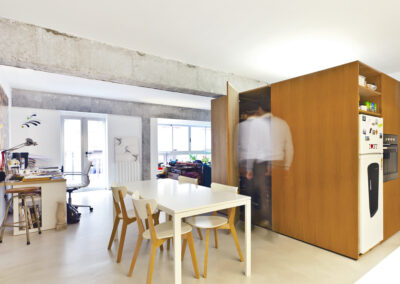 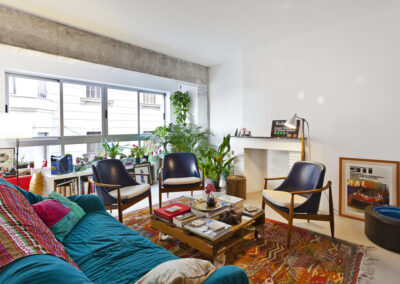 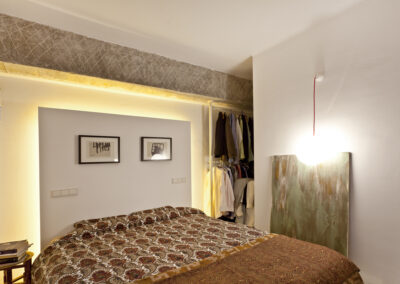 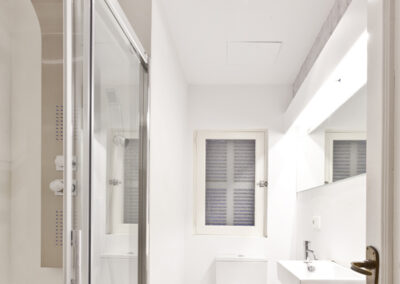 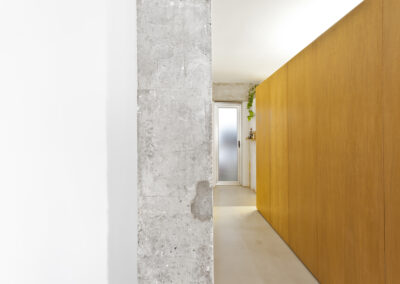 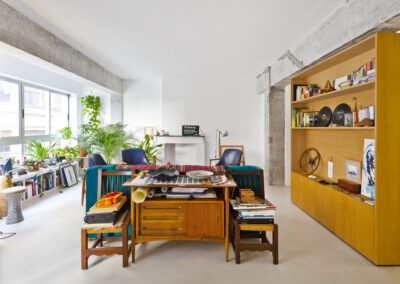